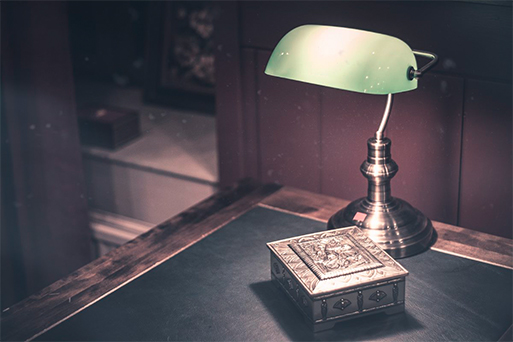 HORROR OF THE BANK

The manager of the old corner bank in Lappeenranta is known around the country as an influential, experienced and wealthy banker. His wild adventures in North Dakota, Australia and Transylvania in his youth gave the banker a nice nest egg. After making investments in different currencies and ventures, the bank is now a significantly wealthy establishment in the region.

Despite his reputation of being a hard man to deal with, the bank is famous in the south of Finland for granting loans. In the hope of receiving a loan, you arrive at the bank, only to find Veera, a terror-stricken secretary. Frightened out of her wits, Veera tells how she was just about to register a new appointment with the banker when she heard the loud bang of the vault door from the adjacent room followed by a strange roar. Shortly, the door to the banker's office swings open and the banker runs out from his office, bellowing and with a crazy look in his eyes, and he pushes Veera out of the way. At the same time, he slams his office door shut. 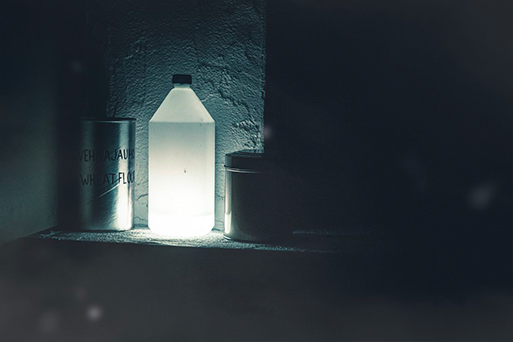 If you asked around people in the streets of Lappeenranta, everyone would say that they have heard of Jake the Pigeon. This character, familiar to everyone living in Lappeenranta but known by few, can be seen at night and on weekends, sitting on his bench in Kirkkopuisto park feeding his pigeons. It seems that Jake the Pigeon prefers the company of his winged friends over that of people. Even though Jake the Pigeon is rarely friendly to anyone or anything, many feel that the streets of Lappeenranta would be duller, quieter and less colourful without him pushing his shopping cart from one place to another, wearing his lab coat.

Being usually quite harmless, Jake's behaviour has recently raised some concerns. Rumour has it that, in addition to garbage disappearing, people have started to lose some of their items whenever Jake is close. Bicycle seats, pushchairs and car mirrors have recently gone missing, right after Jake the Pigeon was seen in the area. Recently, the city has witnessed a wave of strange thefts with parked cars overheating after their radiator fluid had disappeared overnight. Many point the finger at Jake the Pigeon, even though the police are unable to prove anything. It's hard to imagine what a nature lover like Jake, could possibly do with radiator fluids.

You are on your way to Jake the Pigeon's "nest" to find out why things disappear whenever he's around. Why does Jake the Pigeon steal? Is Jake a danger to the city of Lappeenranta? And what kind of person is really hiding under the white coat?

For 2–5 players in a single room or as a battle of 4–10 players in two similar rooms.